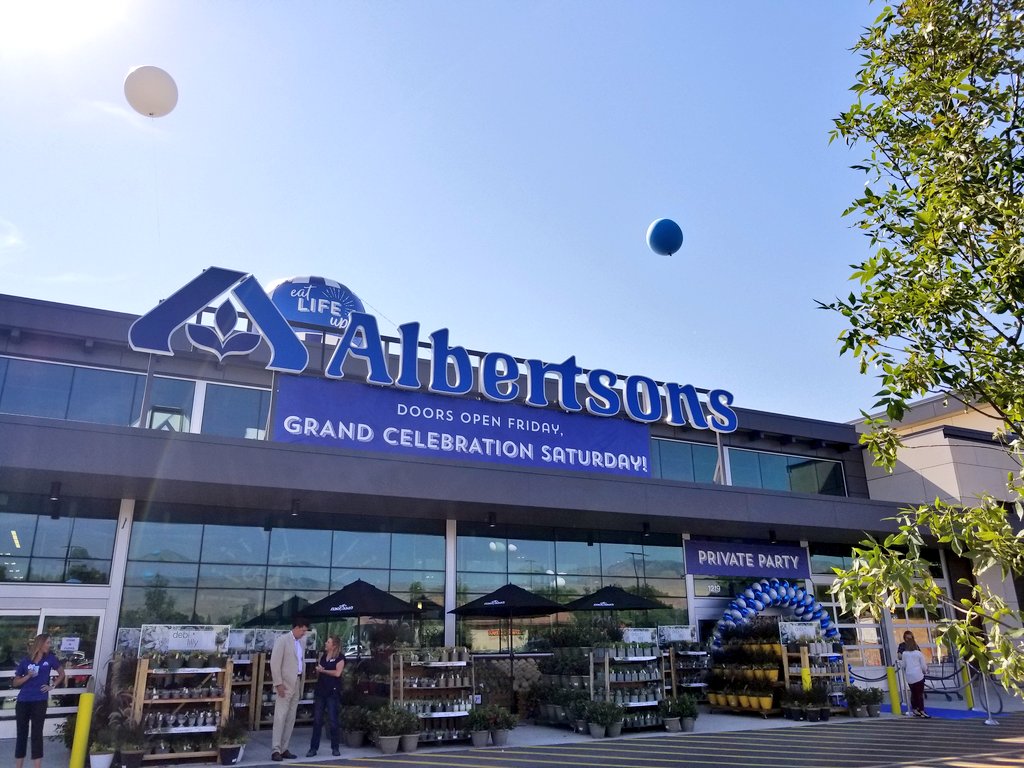 After a 14-year hiatus, Albertsons stock is again publicly traded and available to the public.  Albertsons was founded at the State street Boise store in 1939 and has grown to 2,250 stores.  It includes the banners Safeway, Vons, Acme, Jewel and Tom Thumb in addition to many regional banners.

Albertson’s made its stock available last Friday under the ticker (ACI) listed with the New York Stock Exchange.  Albertsons will be selling 50,000,000 shares of stock.  The initial dividend is scheduled to be 2.5%.

The public offering has been delayed several times over the past 5 years due to earnings results and continued pricing pressure in the grocery and pharmaceuticals businesses.  Albertsons new CEO Vivek Sankaran was recruited from PEPSI last year and intends to better leverage technology to power their online presence and to improve integration with the Safeway supply chain.

Albertsons has had a somewhat complicated path in competing with Walmart and Costco in the grocery space.  It purchased American stores in 1998 and more recently Safeway in 2015 with many smaller acquisitions along the way.  It has accumulated $8.2 billion of debt, although it has significantly reduced its debt the past several years.

The bulk of Albertsons was sold to SUPERVALU in 2006, with some under performing stores being purchased by Cerberus, a private equity firm.  Since 2006, Albertsons bought back many of the stores from Supervalu.

In terms of industry trends, the COVID 19 virus has been a tremendous boom to the grocery business with more folks eating at home, rather than in restaurants.  Online orders have increased dramatically as well.  It will be telling to see if this trend continues when the virus dissipates in the next year or so.

The path forward for Albertsons is difficult to predict.  Pricing pressure by Walmart and Costco will continue while Whole Foods and other specialty brands will complicate the competitive landscape at the high end.  Servicing their debt will make price matching more difficult.  After being such a great corporate citizen for so many years, its great to see “It’s Joe Albertsons supermarket, but the meat department is mine” begin its public comeback.