First, thank you for your friendship this year.  2019 has been a year of true blessings for our families.  We hope you and your family have been similarly blessed.

We all know—never discuss religion and politics at family meals. It’s easy to understand why. Some folks hold very strong opinions, and it’s easy to get swept up into unwinnable arguments. Interestingly enough though, politics and religion aren’t considered the most prickly subjects, according to a recent study by Wells Fargo (have you seen an organization so desperate for retribution).

Remember, we are here to assist you. If you would like a “family meeting” this holiday to share your goals and values with family members, we would love to participate.  These conversations can be highly customized to meet the unique needs of your family. 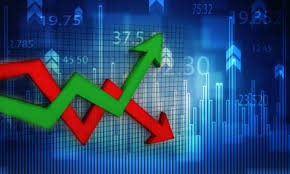 The current strong stock market “bull market” began in March 2009, about three months before the Great Recession ended.  Since touching bottom, the DOW JONES has advanced 349%. It has been an impressive run.

We know markets never move in a straight line. The broad-based stock market moved ahead for about two years—through early 2011. This was followed by a period of volatility and little upward movement for about 18 months.

The strong stock market resumed in 2013 and ran nearly two years. That period was followed by two years of volatility.

The third leg began after the last presidential election and concluded in early 2018. The stock market has closed at new highs in November.  We have experienced three upward thrusts followed by three periods of consolidation.

Are we set to move into a fourth leg of the bull market?  Economic fundamentals are the medium-term driver of stock prices. Corporate profits, economic activity, and Federal Reserve policy also determine market moves.

More recently, trade tensions between the U.S. and China have hampered equities. We saw it late last year. We saw it again in May and in August.

Tensions began to recede in September, which lent support to the broader market. In October, negotiations between the two economic superpowers concluded an agreement covering technology, agriculture, and financial services.

The details of Phase 1, as it has been called, are still being hammered out. It’s not the all-encompassing deal we hoped might be achieved early in the year, but it’s progress, and it helped remove a headwind enabling stocks to move to new highs.

Moreover, the economy is expanding, albeit at a more moderate pace than a year ago. While the Federal Reserve hinted we are unlikely to see another rate cut this year, policy makers have little inclination to begin raising interest rates anytime soon.

While new highs are welcome, let’s not discount the potential for more volatility. A new round of tariffs slated for December is still on the table, and global growth remains an issue.  Still, new highs once again seem to confirm the old adage, “Bull markets climb a wall of worry.” 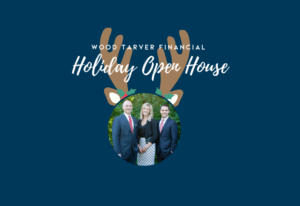 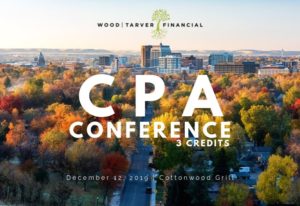 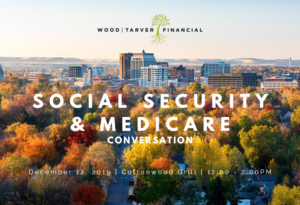 Please visit our Events tab to view all of our upcoming events! Please feel free to reach out if you have any questions!

If you have any thoughts, questions, concerns, or housekeeping items you want to take care of before year’s end, let’s talk. That’s what we’re here for.

As always, we are honored and humbled you have given us the opportunity to serve as your financial advisor.  Feel free to pass this on to someone important to you.

Thank you very much for the trust and confidence you’ve placed in our team.